Moving to Australia from Spain

Request a quote for your move to Australia

Request a quote for Australia 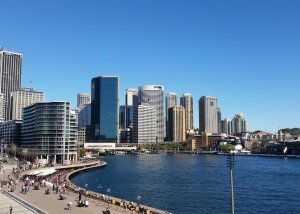 Relevant information on moving to Australia

The name Australia has a double etymology. One comes from the Latin Australis, from the south: from an “unknown land of the south” (terra australis incognita).

Australia is one of the 14 independent countries that make up Oceania, and is the sixth largest in the world. It is surrounded by the Indian, Antarctic and Pacific oceans, and separated from Asia by the Arafura and Timor Seas. It has a coastline of 25,760km, making it one of the most popular tourist attractions in the world for its stunning beaches, perfect for surfing and other water sports.

The Great Barrier Reef, the world’s largest coral reef, is located off the northeast coast and stretches for more than 2,000 kilometres. Ranging in width from 100 to 300 km, it is made up of a large number of separate islands.

Prices of removals to Australia

The price of a move to Australia will depend, to a large extent, on the costs of collection and delivery in the city of origin and destination.

The price will be higher if you have to deliver your belongings to a fourth floor flat without a lift than if you have to deliver them to a house at street level. It will also be more expensive for a removal that requires a street to be blocked off for the whole morning, with permits to be requested from the local council, than another where traffic is not interrupted.

In any case, the approximate prices for a 40 m3 container are:

Much of Australia is desert or semi-arid. It is the driest and flattest inhabited country and has the least fertile soils. Only in the southeast and southwest is there a temperate climate. The northern part of the country, with a tropical climate, has vegetation consisting mainly of jungles, forests, grasslands, mangroves and deserts.

Request a quote for your move to Australia

Request a quote for Australia 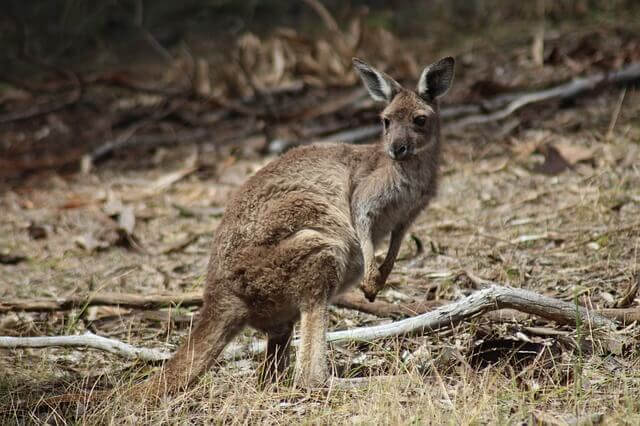 There are a small number of desserts and sweet dishes that are very popular and popular in Australia:

Australia’s cuisine is characterised by a range of foods that reflect its multicultural historical past: the indigenous cuisine of the Aboriginal Australians, called bush tucker or bushfood, the British and Irish cuisine of the early European settlers, and the contributions of Asian and Mediterranean cuisine brought by immigrants arriving after World War I. The predominance of Australian cuisine is due to the predominance of bush tucker and bushfood.

Due to the predominance of British cuisine, there is an abundance of pies, roast cuts of meat, grilled steaks, chicken… as well as other forms of meat usually accompanied by vegetables (the combination is known on the continent as meat and three veg).

The quintessential Australian dish is meatloaf. There are also other dishes that are not as popular as meatloaf, but are a popular Australian delicacy. Cabanossi is a type of sausage similar to salami.

Other common dishes in the Australian diet are those cooked with meat from exotic animals such as crocodile, kangaroo or buffalo. Also important are crustaceans known as mud crabs and yabbies.

Located in the Northern Territory, it is a vast landscape of breathtaking natural beauty and cultural significance. Visiting Kakadu, you can cross crocodile-fringed swamps, see almost 300 different varieties of birds, and even admire different types of rock art from the time of the Australian Aborigines. The National Park is home to around 68 kinds of mammals, more than 75 types of reptiles and over 10,000 insects. For thousands of years, generations of Aboriginal people have lived in and cared for this part of Australia, and their spiritual connection to the land is recognised on the Kakadu World Heritage List.

A must-see if you love the sea and the ocean floor. If you like dolphins and manta rays, colourful fish and giant turtles. The Great Barrier Reef, considered one of the seven wonders of the world, is the longest coral reef in the world, and offers visitors the chance to see an impressive variety of marine life. There are more than 1,500 species of tropical fish and 400 types of coral, a sight to behold while snorkelling, for example. It is larger than the Great Wall of China, and is the only living specimen on the planet that can be seen from space.
You can’t leave Australia without taking the ferry across Sydney Harbour and enjoying the spectacular views and sense of freedom that the journey offers. Seeing the Sydney opera live in front of the blue sea is one of the images that have to be photographed and remembered forever for any visitor to Sydney.
Watching the sunrise over the red desert is one of the highlights of visiting Australia, specifically Uluru. Uluru is a large sandy rock formation in Kata Tjutu National Park, and is the official emblem of Australian Aboriginal Heritage.
Tasmania is an island filled with green valleys, quiet towns and villages, and stunning unspoilt coastlines. The climate is cool in winter and warm in summer, making it a great place to escape the heat of Australian cities. Because the landscape is so varied, in a single day you’ll see beautiful lakes, rainforest valleys and white sandy beaches. A place full of contrasts that is sure to surprise.
Located along Australia’s west coast, Broome is where the desert meets the sea. Its multicultural population from Malaysia, China, Japan, Europe and its own Aborigines is the heart and soul of this colourful and welcoming place. It’s also home to the world-renowned Cable Beach: endless miles of white sand, crystal clear turquoise waters and sunset camel rides.
Located close to the Great Barrier Reef, they’re a paradise for snorkelling, scuba diving, reef fishing, water skiing, kayaking, paragliding, hiking and much more. The magnificent Whitehaven Beach is undoubtedly one of the most beautiful beaches in the world, renowned for its white silica sand and turquoise sea. It’s best to stay on the mainland (Airlie Beach) for its nightlife and cheaper accommodation.
It’s the place to be for adventure seekers. This vast wilderness, located in Western Australia, can only be visited during the dry season (April to November). It is a huge area of bushland, three times the size of England. Rivers have made their way through the dry red desert, and you can enjoy natural pools, spectacular gorges and stunning waterfalls.
The Barossa region is one of Australia’s largest wine growing areas, producing more than a quarter of its wines, including some of the best brands such as Jacob’s Creek, Penfolds and Wolf Blass. Located just 45km northeast of the city of Adelaide, the Barossa wine region is part of South Australian culture. Interestingly, it has a certain German flavour due to the influence received after the arrival of Germanic settlers.
Request your quote