What cities can you move to in Brazil?

Moving to São Paulo is to do it to the financial center of Brazil, the quintessential city of Latin America to do business and where more than 12 million people live. São Paulo is a city full of events, cultural activities, events, etc. Proof of this are its more than 100 museums, more than 150 theaters and almost 300 cinemas.

Capital of Brazil, Rio de Janeiro is one of the economic, cultural and financial centers of the country. Internationally known city, it houses one of the seven wonders of the modern world – the statue of Christ the Redeemer – and is one of the main tourist destinations of the Southern Hemisphere.

Brasilia is the third city by number of inhabitants of Brazil and seat of the federal government. Tourism in the city grew enormously thanks to the use of ecotourism, which gave it great popularity.

Also known by the name of Beagá, Belo Horizonte is a city in constant growth, which is running as one of the best places to do business in Brazil, and where skyscrapers and great architectural works are mixed with colonial-era buildings. 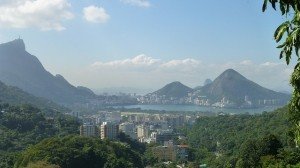 Information for an international move to Brazil

Brazil is the 5th largest country in the world in total area, and due to the characteristics of its vegetation and climate, it is one of the countries with the most animal species in the world. The Amazon rainforest covers 3.6 million km² of its territory.

It is a country bounded by the Atlantic Ocean to the east, and consists of a coastline of 7491 km. It is a border area with all the countries of South America, except with Ecuador and Chile. 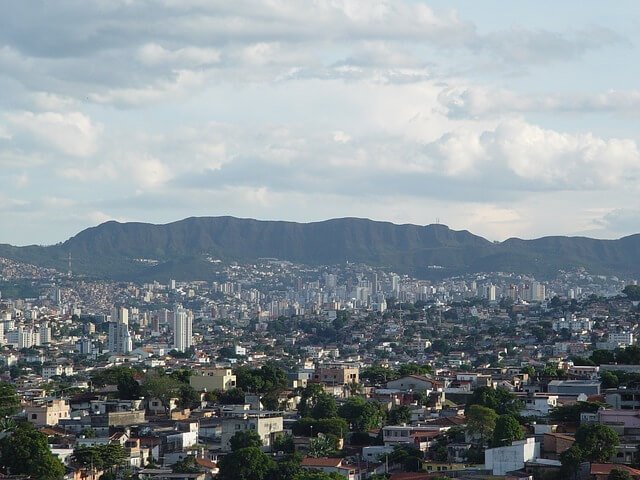 The weather in Brazil

Brazil has six different sub-climates: equatorial, tropical, semiarid, high altitude tropical, temperate and subtropical. The climatic conditions produce varying environments that range from the tropical rainforest in the North and the dry regions in the Northeast to the temperate coniferous forests in the South and the tropical savannah in the centre of the country. Many other regions have totally different and unique microclimates.

The equatorial climate is the most predominant in the majority of Northern Brazil. There is not a dry season as such, although there are varying levels of rain at different points in the year. The average temperature is 25 °C. Rainfall in the centre of Brazil is more scarce, characteristic of a savannah climate. In the Northeast the difference in rainfall during the seasons is even more extreme, the majority falling in a period of three to five months each year. When there is a smaller quantity of rain, long periods of drought follow.

The South and Southeast region have the conditions of a temperate climate, with cool winters and an average annual temperature no greater than 18 °C. Frozen winters are very common as well as occasional snowfall in the more elevated areas.

Request a free quote for your move to Brazil

No obligation, free quote , removals from anywhere in the world to Brazil 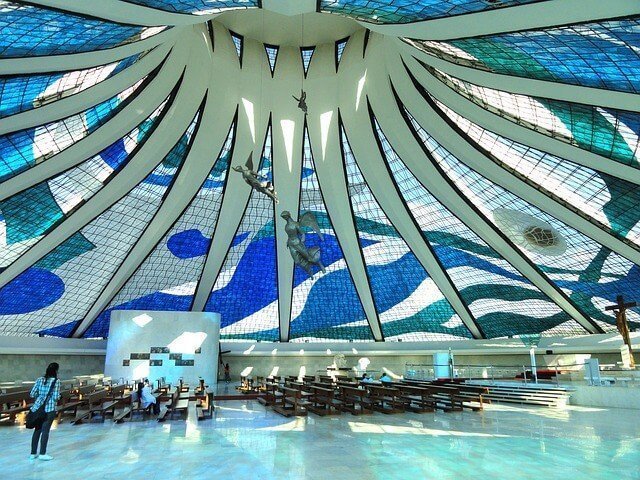 Brazilian cuisine varies a lot depending on each region, given that it reflects the diversity of the native populations and immigrants. This has defined a national gastronomy marked by the preservation of these regional differences.

The dishes in Northern Brazil are more influenced by indigenous ingredients. The dishes include pirarucu de casaca, prepared with olives, eggs and chives; tacacá, açaí or pato no tucupi, generally consumed in the period of the Círio de Nossa Senhora de Nazaré, along with maniçoba.

Feijoada, owing its name to its main ingredient, black beans. It is a heavy dish and the garnish that accompanies it is made up of different parts of the pig, like feet, ears, fat along with other smoked meat or salad. Generally the beans and meats are served separately and are accompanied with chile, rice, fried yuca (farofa) and fried plantain.

The dishes characteristic of this Brazilain region include Vatapá, moqueca (both with molluscs and palm oil) acarajé (bun filled with white beans and fried onion with seafood, red pepper)… Other common foods are farofa, paçoca, canjica, pamonha, carne-de-sol, buchada de bode, queijo coalho and rapadura. A cake originating from Pernambuco and then expanded to the whole country is bolo de rolo, made with wheat-flour and Maranhão, similar to cuxá with roots in african cooking.

Pequi is very popular in cooking in the state of Goiás and is normally served with rice. The fish and meant in the region dominate the menu, together with the soup, rice, millet and yuca.

In Rio Grande do Sul churrasco is very traditional, meat grilled on a barbecue. The traditional food in the state of Paraná is barreado, which consists of meat cooked in clay dishes, laced underground to be cooked with the suns heat, and is served with flour.

The national drink is, without doubt, caipirinha, made with cachaça (sugar cane liquor), sugar, lemon juice and ice. Milkshakes made with exotic fruits are also very popular. 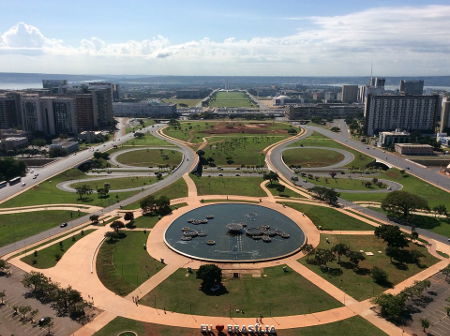 There are close to four thousand airports and airfields in Brazil. It is the country with the second largest number of airports in the world, only behind the US. The Aeropuerto Internacional de Guarulhos, in the Metropolitan region of São Paulo, is the biggest airport and most important at international level. A large part of its activity is due to goods traffic and Brazilian passengers as well as the fact that the airport connects São Paulo to practically all the large cities in the world. Brazil has 34 international airports and 2464 regional airports.

Furthermore, Brazil has an extensive rail network, spanning 28.857 km, the 10th largest in the world. The Brazilian government is currently trying to incentivize the use of this means of transport; an example is the high speed train project between Rio and São Paulo, a bullet train that will link the two main metropolises in the country. There are 37 important ports in Brazil, of which the largest is Puerto de Santos. The Brazilian river network is one of the largest in the world, with 50,000km of rivers apt for use by boats.

Request a free quote for your move to Brazil

No obligation, free quote , removals from anywhere in the world to Brazil 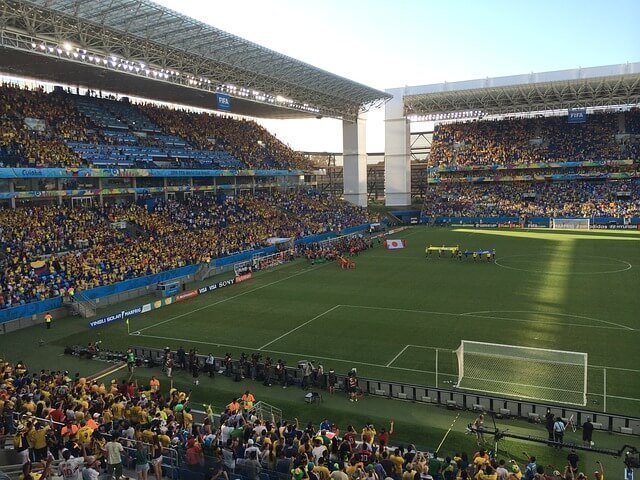 Football is the most popular sport in Brazil. The national football team has won the FIFA world cup on 5 occasions. Volleyball, futsal, basketball, skating, motor racing and martial arts such as Capoeira, recognised as the national martial art, are also very popular in the country.

Within martial arts Brazilians have developed things like capoeira, vale-tudo and Brazilian jiu-jitsu. In motor racing, 3 Brazilian drivers have won the formula 1 world championship a combined number of 8 times: Emerson Fittipaldi in 1972 and 1974; Nelson Piquet in 1981, 1983 and 1987 and Ayrton Senna in 1988, 1990 and 1991.

Brazil has organised a number of large-scale sporting events. São Paulo hosted the Panamerican games in 1963 and Rio de Janeiro hosted the 2007 games. Furthermore, the country was chosen to host the Olympic games in 2016, which took place in Rio de Janeiro.