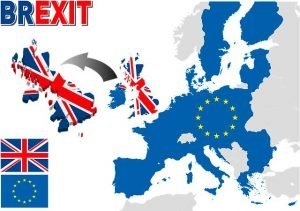 Although the United Kingdom officially left the European Union on 31 January 2020, thus finally producing the Brexit, the changes that are coming for companies working, transporting or exchanging goods and services with the United Kingdom, will not come into force until the end of the transitional period, provided for in the EU-UK withdrawal agreement.

These changes will also affect European international removal companies, which because of their activities between EU Member States and the UK, will have to comply with new customs and tax regulations.

The crystallization of Brexit and the end of the transition period foreseen on January 1, 2021, means that both international removal companies and the rest of the European companies that trade with the United Kingdom will have to comply with the same customs procedures as the rest of the countries that do not belong to the European Union.

Some of these changes in taxation and customs to which European movers will have to adapt with the end of the Brexit are:

These changes will occur regardless of whether the European Union and the United Kingdom reach a post-Brexit free trade agreement.

If no agreement is reached between the two parties by the end of the transitional period, European international removal companies will also have to:

Moving to the UK could be 35% more expensive

Due to the changes that will apply to customs and taxation from 1st January 2021, moving to the UK after this date will certainly be more expensive than doing so during the remaining months of 2020.

Some experts on global mobility say that, with the end of Brexit and without the protection of preferential treatment between EU partner countries, moving to the UK could be up to 35% more expensive for those wishing to pack their belongings before moving out to UK.

Moving to the UK by 2021 could be the solution

In order to avoid additional costs in moving for transport and export taxes, European residents wishing to move to the UK are advised to book their move before January 1st 2021, when the transitional period and the Brexit will come to an end.